Urban Turf: The Two Options for Re-Imagining One of DC’s Most Notorious Intersections

Two concepts have been presented to re-envision what is one of DC’s most notorious intersections. A year after the District Department of Transportation (DDOT) shared the city’s plans to redesign “Dave Thomas Circle,” more detailed proposals are on the table for the open space around the Florida and New York Avenue NE (map) intersection. 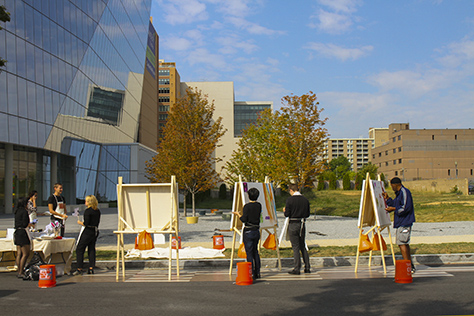