Construction will start this year on a new look for a central underpass in NoMa: perpetual rain. In the winning proposal to enliven the M Street underpass in NoMa, rain made of light will shower over commuters’ heads as they walk through the space. Read more.

NoMa has a park problem. Initially designed as an office park with little thought given to pedestrian- and resident-friendly amenities like, say, grass, the neighborhood has seen a residential development boom and increased cachet from the growth of surrounding areas like Union Market and H Street NE. So it’s trying to make itself more livable, aided by $50 million in city funding to create parks there.

The NoMa Parks Foundation announced the semi-finalists who have been invited to continue on to the next phase of the NoMa Underpass Design Competition. 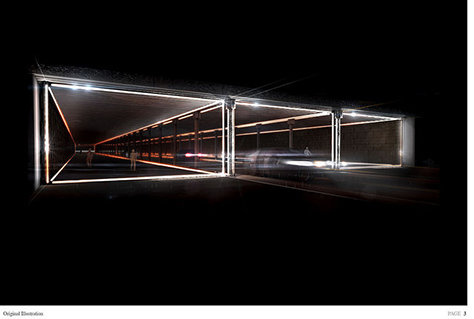 The competition’s jury is comprised of Elizabeth Broun, the Director of the Smithsonian American Art Museum; architect and columnist Roger Lewis; local artist Robin Rose; George Hemphill, local art curator/gallery owner and founding member of the District of Columbia Arts Center; and Charles “Sandy” Wilkes, Chair of the NoMa Parks Foundation, which is the sponsor of the competition.

The NoMa Parks Foundation announced the nearly 50 semi-finalists, representing 14 countries, selected to compete for the chance to transform the neighborhood’s underpasses. 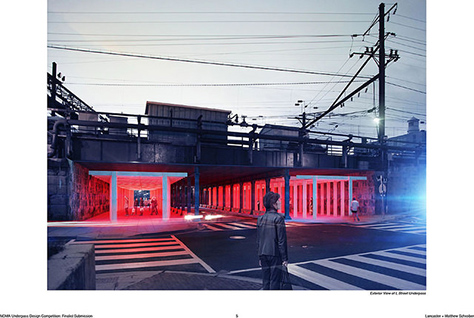 The goal is to take the four underpasses that connect the east and west sides of NoMa and turn them into public art spaces. Finalists will be selected this summer, and installation is scheduled to begin in 2015.

While there are many well-known international and national firms and artists in the running, we’re going to focus on the past work from local ones. You can see the full list here.