Six suspended lattices of steel and polycarbonate LED tubing will glow 24 hours a day, shifting colors in response to nearby ambient sounds.

WASHINGTON, D.C. — On the evening of Tuesday, April 9, the NoMa Parks Foundation will turn on the power for Lightweave, a dynamic and compelling light installation in the L Street NE railway underpass. Comprising six spiraling lattices of stainless steel and bent LED tubing suspended above the underpass sidewalks — three above each passageway, hung from freestanding armatures — the artwork will light up the space 24 hours a day, with LED colors changing and moving in response to sound waves from the sidewalk spaces and vibrations from trains passing overhead. Lightweave is the second of the NoMa Parks Foundation’s planned underpass “art parks” to open and was designed by interdisciplinary San Francisco art and design firm FUTUREFORMS. The first art park — Rain, in the M Street NE underpass — opened in October 2018. END_OF_DOCUMENT_TOKEN_TO_BE_REPLACED

4,000 LED-powered light rods that evoke the sensation of falling rain will glow 24 hours a day and pulse in response to traffic flow beneath the elevated railway.

OCTOBER 25, 2018 / WASHINGTON, D.C.  — The NoMa Parks Foundation turned on the power today for Rain, a dynamic light installation in the M Street NE railway underpass. Comprising 4,000 LED-powered polycarbonate rods suspended above the underpass sidewalks, the artwork will illuminate the space 24 hours a day and pulse like gentle waves of rainfall in response to the flow of vehicular traffic beneath the elevated tracks. Rain is the first of the NoMa Parks Foundation’s four planned underpass “art parks” to open and was designed by Thurlow Small Architecture of Oakland, California, working in conjunction with Dutch firm NIO architecten in response to an international competition held by the Foundation. END_OF_DOCUMENT_TOKEN_TO_BE_REPLACED

M Street is getting a new look—well, at least, their underpass is! Crews are steadily working to create four separate underpass parks in the NoMa area. Read more. 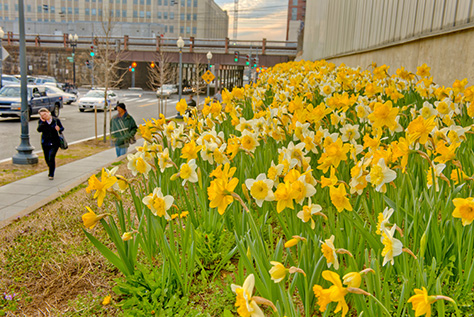 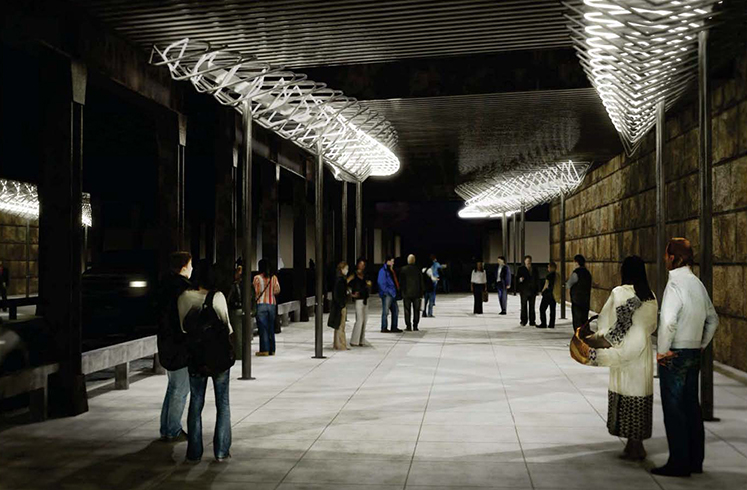