Stacie West is the Director of Parks Projects. Before joining the NoMa Parks Foundation, Stacie was a community planner and a Capital City Fellow with the D.C. Department of Parks and Recreation. She led development of the comprehensive Play DC Parks and Recreation Master Plan and orchestrated an improvement initiative to renovate all city-owned playgrounds. Stacie managed over a dozen capital projects and was involved in all aspects of the projects, including design charrettes and construction management. She also previously worked for the District Department of the Environment creating a public outreach strategy for the 20-year Sustainable DC plan. At the Rails-to-Trails Conservancy, Stacie focused on community impacts related to cycling, pedestrian and transportation projects. 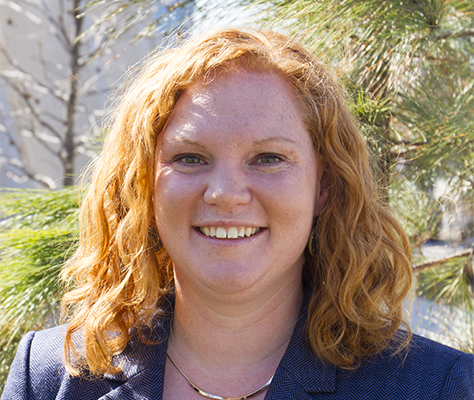 Stacie is a longtime Washingtonian (of sorts). Her entire family – on both sides – has deep roots in Washington state. Her father was in the Army, so growing up she moved around quite a bit. She went to three different high schools, and lived everywhere from Alaska to Germany. Her childhood fostered two important characteristics. First, she has a phenomenal sense of direction. “I’m rarely lost,” said Stacie. “Having moved around my whole life, I get my bearings really quickly.” Second, she developed a passion of and appreciation for great parks and public spaces. “Moving around so much, I got to experience a ton of different, amazing parks,” said Stacie. “ Parks were a way for me to orient, connect, and familiarize myself with a new place.” Her favorite park is Bryant Park in New York City, because “you can have different experiences in the same place, and at once it feels both intimate and like you’re really part of a community.”

Stacie has a Masters of Community Planning from the University of Maryland, College Park. She lives on Capitol Hill and enjoys making pottery, hiking, and exploring wonderful parks. She often walks to work. Say hello on twitter @NoMaParksDC.